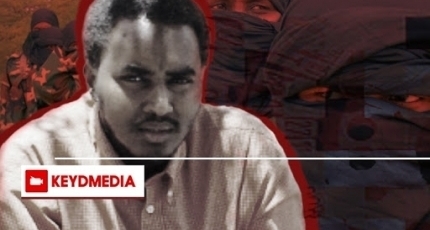 MOGADISHU, Somalia - Somalia’s most powerful intelligence chief Fahad Yasin, who has been accused by human rights groups of having a role in abuses against press freedom and journalists in Mogadishu is leaving office.

According to reliable information obtained by the Keydmedia Somali service, the current police commander Gen Abdi Hassan Hijar is also expected to be replaced with Gen Bashir Goobe, ex-custodial Corps.

Yasin is viewed as an influential figure in Somalia’s politics for 4 years as he served as Chief of Staff at the presidency and later moved to NISA – National Intelligence and Security Agency in August 2019.

The sources say the NISA boss is planning to contest for a parliamentary seat against another powerful man, Farah Abdikadir, who became a justice in Hassan Sheikh Mohamud’s administration 2012-2016.

The police commander-in-chief seeks a senatorial seat in the upcoming elections set to be held next July after the country missed two previous deadlines to go to the polling stations due to a rift over the process.

Some reports indicate that changes in the top security brass may affect the commander of Custodial Corps Gen Mahad Abdirahman after the government faced a backlash over a recent security incident.