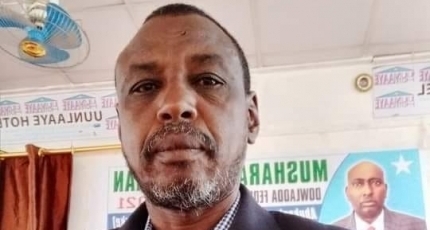 GALKAYO, Somalia - Unidentified gunmen shot dead a well-known journalist in Somalia’s central town of Galkayo on Monday evening, the first media worker to be killed in the Horn of Africa nation this year.

Jamal Farah Aden who worked as a producer for Radio Daljir based in Puntland was hurt by two pistol-wielding men outside a shop in the north of Galkayo and minutes later died at a hospital in the city.

It’s not entirely clear who has killed the journalist known for his courage to condemn Al-Shabaab terror attacks in the country before he has been killed tonight.

Somalia still holds the rank of one of the most dangerous countries in the world for journalists, over 60 journalists have been killed since 1992, a year after a civil war started in the country.

The deadliest and grime year for the journalists reporting on the long-running conflict in Somalia was 2012 when 18 were killed, according to KON data.