The country has gone through difficult challenges during Farmajo's presidency, including divisions and a political stalemate over the election. 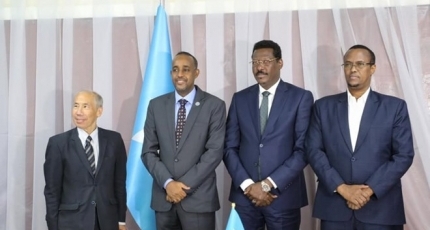 MOGADISHU, Somalia - The international community has greatly welcomed an uplift decision to halve registration fees for women candidates and said will look forward to further steps to secure the agreed 30 percent quota for women’s representation.

The move which was made by Somali PM Mohamed Hussein Roble and the Five Federal States on June 29 following two-day talks on the election process is seen as an important step towards women's rights to have a fair representation in the government.

"We are convinced that a swift, peaceful, and credible electoral process will help return Somalia to the path of stability and prosperity," said the partners in a joint statement released on Monday.

The women have been fighting for a political space in Somalia's elections for the past 12 years and their struggle was a controversial topic in the Muslim Horn of Africa nation with its leadership dominated by men.

In addition, the Islamic religious leaders in Somalia view the Women’s participation in Somali politics and the 30% female quota in parliament as a Western imposition and not a culture that reflects the religion.

To reach the national goals, the international community urged the Somali leaders to continue regular, constructive, and cooperative dialogue throughout the electoral process to resolve any issues that may arise.

The leaders have chosen an indirect election model in which clan elders and electoral delegates will elect 275 MPs and 54 senators to form in the Lower and Upper houses of the Federal parliament.

This roadmap was agreed upon after incumbent president Farmajo failed to deliver the universal suffrage he promised in the 2012 election that faded the hope of so many Somali people keen to see their country stand firmly on its feet again.