He was part of the Somali team that attended ICJ's March hearing in the maritime boundary dispute case with Kenya. 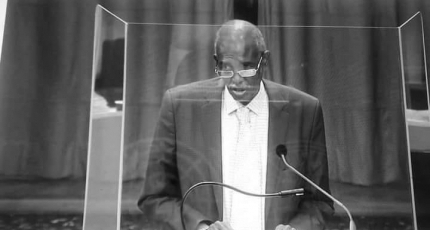 MOGADISHU, Somalia - The country is mourning the loss of a senior member of the legal team tasked with the sea boundary dispute case with Kenya at the International Court of Justice.

Engineer Mohamed Omar Salihi has died in Mogadishu on Thursday morning, according to the Somali government. The exact circumstances of his demise are still unclear.

Engineer Salihi, a marine scientist and maritime advisor to the Somali presidency credited for the protection of Somalia's maritime database during the bloody civil war that broke in 1991.

Top leaders, including the outgoing president Mohamed Abdullahi Farmajo and PM Roble, sent condolences to the family, relatives, and the people of Somalia on the passing of Salihi.

In a statement by the presidency, Farmajo has described the late academic as a "backbone of the Somalia-Kenya maritime case at ICJ" and serving his country tirelessly and faithfully.

He was part of the Somali team that attended ICJ's March 2021 final hearing of the maritime boundary dispute case with Kenya in Hague, Netherlands. He will be buried in Mogadishu.

Kenya and Somalia have a longstanding unresolved Oil and Gas rich sea boundary dispute that officially started in 2014 after Mogadhsu had sued Nairobi at the UN's judicial organ.