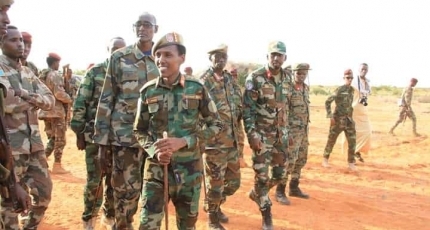 The SNA - Somali National Army soldiers have clashed with Al-Shabaab militants as they conducted the offensive in key villages around Janale, a newly liberated town in the region.

At least seven terrorists were killed in the massive anti-Al-Shabaab operation by the SNA's 14th October battalion, according to the state media, citing unnamed senior military officials.

The raid comes amid an intensified crackdown on Al-Shabaab in the Middle and Lower Shabelle regions in southern Somalia, where at least 300 militants were killed in a month.