Senior Somali Government Official and ministers receive paid holidays and business class tickets from the Turkish airport operator Favori to meddle in labour rights of employees, a report by the country’s worker’s union has said. 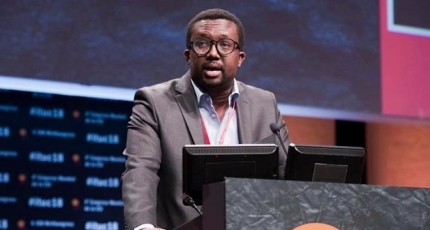 MOGADISHU - The Federal of Somali Employees (FESTU) said in a damning report Friday some government officials collude with Favori LLC to perpetuate abuse of labour rights in violation of the constitution and international labour laws.

“Workers and well-placed officials in the government have disclosed that some Somali officials are paid with business class tickets and free holidays in Turkey and occasionally receive kickbacks,” the report read in part. “There has indeed been evidence of such corruption as some ministers have outrightly failed to defend the rights of workers in the face of Favori LLC exploitation.”

The report singles out Justice Minister Abdulkadir Nur Jama who it accuses of meddling in efforts to resolve the ongoing row between Favori and its employees occasionally receive kickbacks.

There has indeed been evidence of such corruption as some ministers have outrightly failed to defend the rights of workers in the face of Favori LLC exploitation. Case in point is the attempt by the Minister of Justice Abdulkadir Mohamed Nur (Jama) to unashamedly interfere in labour relations between FESTU and Favori LLC.

The Minister, the trade union says ‘has repeatedly lobbied inside the government to protect the exploitation by Favori LLC, and has been mounting an anti-trade union campaign within the government.’

The government officials, deployed as union busters, use Turkey’s generous support to Somalia and the good standing of the Turkish government within the Somali society as a pretext to cover up the egregious rights abuses of Favori LLC, the report adds.

FESTU Secretary General Omar Farouk said Favori has grossly violated labour rights and uses the COVID19 pandemic as an excuse to further frustrate its employees from accessing their rights.

“FAVORI LLC operates with impunity and is a purveyor of corruption at high levels of government to avoid accountability. The company has taken advantage of the COVID-19 pandemic to further entrench its exploitative practices and tactics of intimidation against workers,” Osman said.

The trade union has however lauded the efforts of Labour Ministry in championing for worker’s rights.

Somalia has joined the long list of countries waiting to receive the COVID-19 vaccination. The country expects to get 1.2 million doses of the Oxford Astrazaneca vaccine from WHO in March and April 2021.