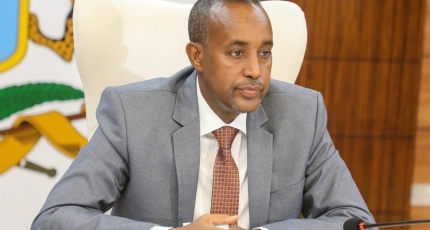 MOGADISHU, Somalia - The embattled Somali PM Mohamed Hussein Roble on Wednesday called for a consultative meeting between his government and leaders of the regional states.

The forum is expected to discuss electoral issues, including the complaints raised by the union of the presidential candidates about alleged fraud and misconduct in the parliamentary vote.

PM Roble made the announcement during his remarks at the conclusion of a three-day forum for ideas organized by the Hertigate Institute for Policy Studies in the nighbouring Djibouti.

The opposition and the international community had been calling for credible and transparent elections in Somalia for several months this year. But their demand fell into a deaf ear.

The prime minister is the top official in charge of the polls management after Farmajo, whose term ended in Feb 2021 handed over the responsibility to allow the country to go to the polls.

It's unclear if the next summit called by the PM will resolve the election crisis in Somalia as the opposition vowed to hold a national consultative assembly to form a caretaker council to lead.