At least five people have died from hunger and lack of water in Jubaland for the past few days as thousands are at risk of starvation. 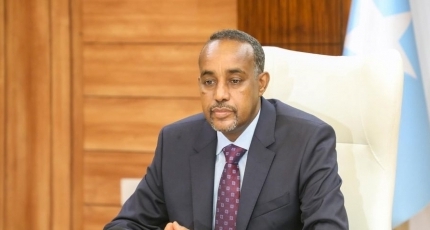 MOGADISHU, Somalia – Following consultations and a wider government system, Somali PM Roble declared a national state of emergency over a drought that has hit the country.

The PM made the announcement during a cabinet meeting on Tuesday, where he made an appeal for urgent and scaled-up support from the international humanitarian organization to assist the needy.

"Today, after having seen a report by the drought committee indicating the country is in a difficult situation due to the drought, I declare a state of emergency,” said the PM in a statement.

The government which is in the middle of the election crisis said it will mobilize the people of Somalia and the relief agencies to ensure the necessary assistance is rolled out to drought-affected communities.

The ongoing drought has gripped large parts of Somalia this year as the seasonal rains fail for the third time since late 2020 that is compounded by Al-Shabaab's menace, according to the UN agencies.

The authorizes in the Gedo region reported this week the deaths of five people who died from hunger and thirst near Luq town. The UN agencies, including UNICEF, say children face acute malnutrition.

The drought killed thousands of livestock. This is due to the absence of humanitarian assistance. The level of the drought impact in Somalia is deteriorating and may turn to famine if not averted.