The appointment of this committee is part of the acceleration efforts of the electoral process that was signed in Mogadishu on May 27. 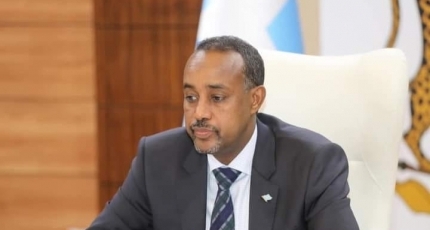 MOGADISHU, Somalia - Somali Prime Minister Mohamed Hussein Roble has appointed a committee to verify the allegations by opposition candidates that members of NISA and civil servants have been included in the Electoral Commissions at both Federal and State levels.

Farmajo whose term ended last February tried to extend the power and rig the coming election using biased election committees he picked to run all process the voting exercise.

A statement from the Office of the Prime Minister on Sunday has revealed that a high-level ministerial committee will ensure the election commission Members are free from affiliation with Farmajo and NISA head of the polls in August 2021.

"The Prime Minister has appointed a ministerial-level committee to verify the credibility of the poll committees and verify complaints against the board in accordance with  Article 1 of the Electoral Agreement," a statement from Roble's Office said.

The committee was part of an election past signed last Thursday by Prime Minister Roble, heads of federal states, and the governor of the Benadir region in Mogadishu with the presence of Farmajo, his predecessors, and the international partners.

The appointment of the team is part of the efforts to accelerate the electoral process that is expected to be finalized in two months, starting from May 27 as the poll accord stipulates.