The Committee to Protect Journalists today expressed alarm at recent actions by Somali security forces who detained and beat journalists and raided a private news outlet, and called on regional and federal authorities to ensure that members of the media can do their jobs without fearing for their safety. 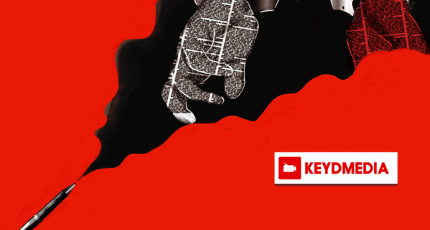 “Somalia has long been a hostile environment for journalists, and security forces should be protecting the media rather than adding to these risks,” said CPJ Sub-Saharan Africa Representative Muthoki Mumo. “Authorities need to hold those who have attacked the press accountable, ensure that equipment confiscated from journalists is returned or replaced, and refrain from any further attacks on the media.”

Ali Nour Ayn, who uses a pen name, told CPJ that a group of soldiers and police officers arrested him on April 21 while he was at a tea shop with friends and detained him overnight at the central police station in the city of Galkayo in the regional state of Galmudug in central Somalia. Ali told CPJ that the officers told him he was arrested because of his Facebook post alleging that police officers were arbitrarily detaining civilians. He told CPJ that the police used his phone to delete the Facebook post and released him on April 22 without charge after warning him not to write critically about security forces.

In a separate incident, Bashir Ali told CPJ that on April 25 he approached two security officers at an intersection in the Somali capital Mogadishu and requested permission to film there for a report about clashes between opposition and government forces in the city. Bashir told CPJ that the officers initially granted him permission but once he started recording they hit him with their guns; forced him to lie face-down while they stepped on his back; and fired a weapon near his ear, damaging his hearing. The officers questioned him about his clan identity before blindfolding him and detaining him in a vehicle for about two hours, the journalist said. They also broke his mobile phone, his camera, and a watch, and forced him to erase his footage, he said.

In another incident, on April 27 at about 6:00 a.m., armed police officers raided the Mogadishu offices of Mustaqbal Media and confiscated equipment including at least five computers, three cameras, and a telephone, according to shift editor Bashir Mohamud. Bashir Mohamud told CPJ that one of the officers hit him on the chest with a gun and threatened to kill him. He said he suffered pain in his chest for several hours but did not seek medical care.

Both Bashir Mohamud and Mustaqbal Media director Ahmed Isse Gutale who also spoke to CPJ via messaging app, said that the police officers who raided the office belonged to the elite Haramcad force which, according to news reports, trained in Turkey. The soldiers prevented five staff members who were in the Mustaqbal offices from leaving for five hours, according to Bashir Mohamud and Ahmed.

Later that day, Farhan Mohamud Adan, Banadir region police commander who oversees Mogadishu, ordered the officers to leave the station; apologized privately to Ahmed; and said that all equipment taken from the station would be returned, according to a Mustaqbal Media Facebook post and Ahmed. However, only one laptop had been returned as of today, according to Ahmed. CPJ was unable to locate contact information for Farhan.

Mustaqbal Media continued to publish content on its website and on its Facebook channel, but was unable to resume broadcasting until yesterday morning, following the departure of the police officers, according to Ahmed and CPJ’s review of the news outlet’s online content.

CPJ attempted to call Somali Information Minister Osman Abukar Dubbe but received an automated message that the line was busy; CPJ also attempted to call presidential spokesperson Abdirashid Mohamed Hashi but he did not answer. The two officials also did not respond to requests for comment sent via messaging app. Deputy Police Commissioner Zakia Hussein did not answer calls from CPJ or respond to a request for comment sent via messaging app.

Reached via phone, Somali Deputy Information Minister Abdirahman Yusuf Omar, also known as Adala, said he would return comment on the Mustaqbal Media raid but did not get back to CPJ by publication. He said he was unaware of the other incident in Mogadishu regarding journalist Bashir Ali.

CPJ documented the arrests of at least two reporters and the harassment of at least four other journalists by federal and regional authorities between February 19 and April 9.

Most of the journalists harassed, assaulted, or detained since February were targeted in connection to their reporting on Somalia’s ongoing political crisis following delayed elections in February or on alleged misconduct by security personnel, as CPJ has documented.