SHOCK as Somali teen ‘kills herself’ while shooting TikTok video

The 14-year-old Ruman Abdulkadir accidentally pulled the trigger of a loaded pistol while filming on her phone, say police 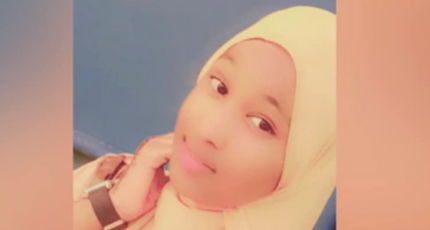 MOGADISHU, Somalia - In a rare tragic incident, a teenager accidentally shot himself while making a video for the popular video-sharing platform, TikTok, on May 19 in Somalia's capital, reports said.

The 14-year-old TikTok star Ruman Abdulkadir accidentally pulled the trigger of a loaded pistol while filming the short video in her house in Suuq-Ba'ad area in Yaqshid district which left him dead on the spot.

The sad news of the teenager's "accidental" death was widely circulated on social media, causing even more panic among the people of Somalia both at home and abroad.

Somali Police said an autopsy was performed to determine the cause of death after the family of the teen reported they suspect that their girl was intentionally killed, denying claims she shot herself with a pistol.

The man who belongs the pistol who was in the house, where the incident took place has been detained and taken into custody for questioning. The family said their daughter was shot in the back of the head, leading to suspicions that she was killed intentionally

Abdulkadir was a school student and a big fan of the popular video-sharing platform. After a while, according to her colleagues, she started making her own videos to upload on TikTok which eventually led to his tragic death.

The girl's body was removed from the CID headquarters at the KM4 area and then buried in the capital. No one had been brought to justice for this horrific case as police yet to make a final statement on the outcome of the probe.