The country's armed forces have routed terrorists from different towns and locations in the last few weeks as a massive military operations are underway in south and central regions. 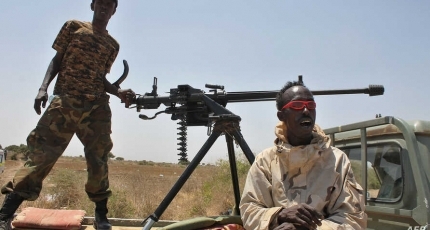 GALKAYO, Somalia - A regional security minister says the Somali army along with Galmudug state forces recaptured key areas from Al-Shabaab militants in the central part of the country with no fighting.

Ahmed Moalim Fiqi, the security minister of Galmudug confirmed that the Somali national army [SNA] backed by his regional forces moved into Ba'adweyne, Qay'ad, and Sabeno Gawra' in the Mudug region without encountering resistance from Al-Shabaab.

The liberated areas fell to Al-Shabaab's hands two months ago after the Somali government forces vacated their military bases after repeated deadly terrorist attacks that left dozens of soldiers dead.

The minister said the assault was part of an ongoing offensive launched earlier this year to drive the terrorists out of towns which they have continued to hold in Mudug and Galgadud regions in central Somalia which are under Galmudug control.

The offensive comes as Somalia is set to hold indirect parliamentary and presidential elections, starting on July 25, according to a new timetable released last month by the leaders of the central government and regional states.