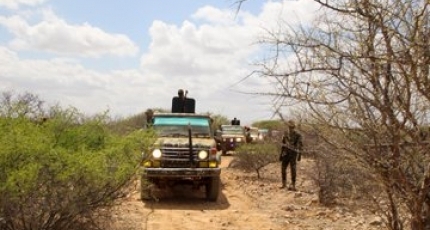 MOGADISHU, Somalia - The government forces in the central command under the 21st division have wrested control of locations in central Somalia from Al-Shabaab on Wednesday morning.

The Al-Qaeda-affiliated militants fled the areas near Elbur town in the Galgadud region following a brief clash with the Somali army soldiers, according to local residents who spoke to KON by phone.

After the seizure, the government troops have set up a military base outside the liberated villages to help thwart assault from the terrorists who suffered huge casualties during the gunfight.

The military operation comes a day after Galmudug leader Ahmed Qorqor toured Somali combat forces on the frontlines near Elbur, a strategic town, had emerged as an al-Shabaab stronghold in recent years.

Al-Shabaab lost key bastions in Somalia to the SNA and AU troops who intensified offensive against the terror group, which is waging a decade-long war to outs the UN-backed Somali government in the capital.