The militant group has been defeated in the latest battles with Somali and AU troops in the south. 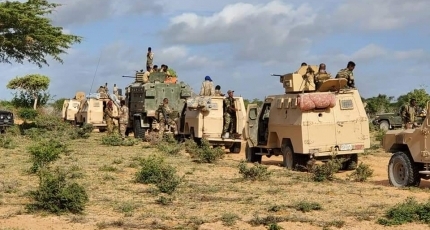 MOGADISHU, Somalia - Somali troops have retaken key areas in the south of the country on Wednesday following the withdrawal of Al-Qaeda-linked militant group Al-Shabaab.

The operation was led by the commander-in-chief of the Somali national army [SNA] General Odowa Yusuf Rage, who vowed to liberate the remaining areas still under the control of Al-Shabaab fighters as the country head to elections this year.

Al-Shabab has recently been attacking military positions of Somali troops, including an assault on Barire and Awdhegle forward operating bases bolstering Somalia’s weak government against the militants’ insurgency.

The deadly raid in the Lower Shabelle region has left dozens of soldiers trained by Turkey dead while Al-Shabaab lost at least 100 combatants, according to the SNA chief Gen Odowa.