Mogadishu (KON) - More than 50,000 malnourished children in Somalia are at "death's door" less than three years after a famine, a group of aid agencies has warned.
News Keydmedia Online
8 May 2014 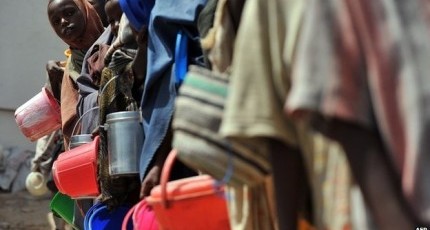 In a report entitled Risk of Relapse, the 22 groups said action needed to be taken to stop the country slipping back into a state of acute crisis.

It said nearly a third of the population needed aid.

These figures show an improvement on recent years but the report warns this should not be seen as a "success".

Ed Pomfret, from UK charity Oxfam, said the statistics in the report would be "arresting in almost any other situation in the world".

The disaster affected more than 13 million people across the Horn of Africa and triggered a major refugee crisis, with hundreds of thousands of Somalis fleeing the rural areas controlled by the al-Qaeda-aligned al-Shabab group.

The militants had banned several international aid agencies from distributing food in its territory.

"As we learned in 2011, not heeding the warning signs of crisis in already fragile communities can lead to tragedy," the three-page report said.

"The problem with Somalia is that it has been a crisis for over 20 years... people more or less roll their eyes and think: