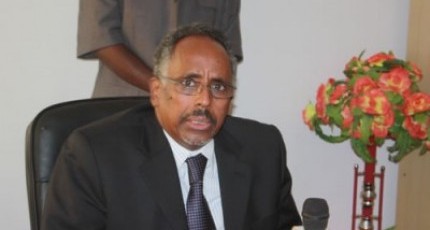 His comments follow on from the country’s second Financial Governance Committee progress report, which was made publicly available on July 25.

Established earlier this year, the FGC is part of an effort by the central Somali authorities to build a more transparent PFM system in order to attract additional budget assistance.

It has seen key Somali officials enter into discussions with World Bank, International Monetary Fund and the African Development Bank representatives, who have all helped to oversee the implementation of the recently launched Financial Governance Programme.

The programme is designed to strengthen public revenue and expenditure management, create a well-governed, functional central bank and establish an orderly public procurement and concession process.

Halane said: ‘The financial governance plan allows the government and donor partners to focus on solving some of the most important issues facing Somalia, helping us to build a prosperous future.

‘We are making good progress against the financial governance plan, although prompt support from donors is vital if we are to maintain momentum.’

The report highlighted major achievements in PFM in the country. The Procurement Amendment Bill and Audit Bill have both been endorsed by the Council of Ministers and have been submitted to Parliament for approval.

When passed into law, these bills will provide critical foundations for honest financial governance, the report stated. Financial statements have been prepared by the Central Bank of Somalia and the Ministry of Finance, which demonstrate transparency and a basis for good governance of the institutions.

The FGC has also received a total of six concession contracts, which provides the government with an understanding of weaknesses in current contracts and highlights risks that should be avoided in the creation of future contracts.

‘I hope that all donors with an interest in good governance in Somalia will accelerate their efforts to provide the capacity support that is both essential, and in some cases, delayed.’

The FGC meets regularly in Mogadishu to monitor the overall progress of Somalia’s Financial Governance Programme and advise the government on critical issues and areas of financial governance. The FGC released its first progress report in May.

Meanwhile, on July 21, Somalia published its budget for 2014/15, stating that it would commit to spend more than $20m on various PFM and accountability projects.

This core state function sector, which implements Somalia’s PFM reforms, is wholly funded by development partners including the UK Department for International Development, Sweden and the African Development Bank.