Somalia asks Kenya to reopen its diplomatic mission in Mogadishu

The two countries are embroiled in a tiff dispute over the Indian Ocean maritime boundry that has been at the ICJ. 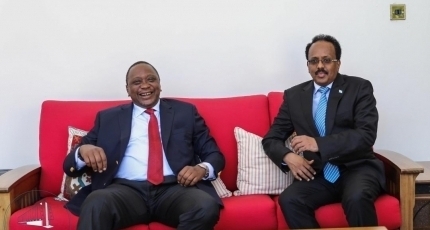 MOGADISHU, Somalia - After Qatar mediation, Somalia and Kenya now work on the restoration of their diplomatic relations that has been at the lowest point since December 2020.

In a statement dated June 12, Somalia's foreign affairs ministry has called on Kenya to re-open its diplomatic mission in Mogadishu, a move seen by many as a positive step towards the normalization of the ties.

Somalia will reciprocally reopen its embassy in Nairobi. This comes days after Kenya announced it lifted the ban on flights from and to Mogadishu that was imposed last month.

Kenya is one of the troop-contributing countries to AMISOM and its forces have been accused of committing atrocities in the Gedo region, where KDF fighter jets frequently bomb residential areas.

The last raid in El-Adde killed several children and their mothers. 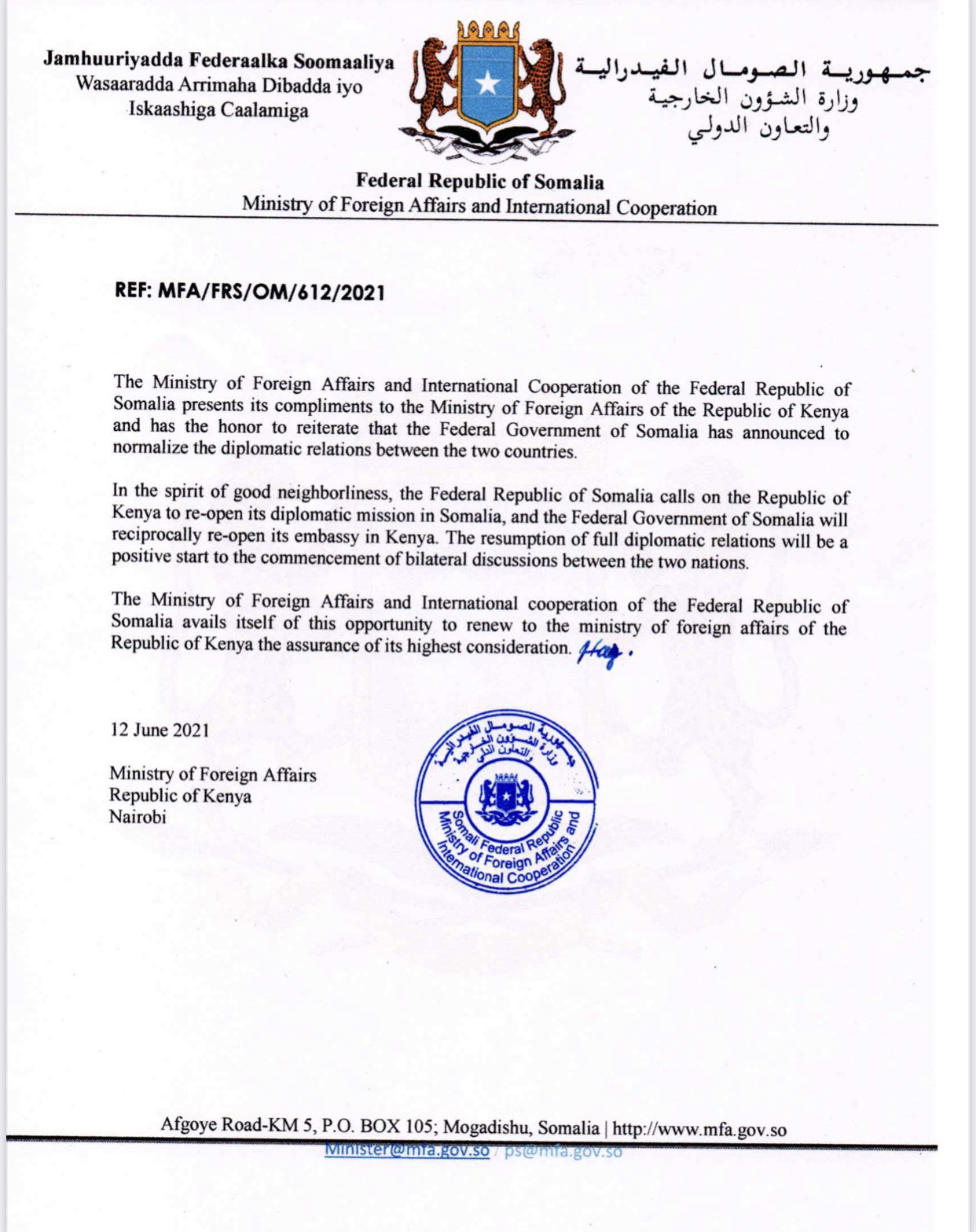