Somalia calls for halt to forced evictions in northern region

The Somali government on Thursday called on authorities in the semi-autonomous region of Somaliland to stop forced evictions in the northern part of the country. 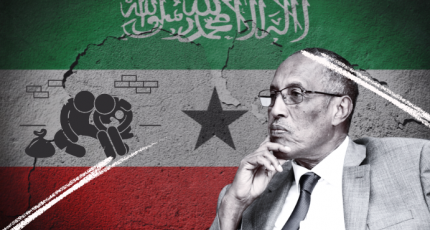 MOGADISHU, Somalia - The Ministry of Women and Human Rights Development also called on the Somaliland administration to halt any activity that would additionally contribute to a coercive environment and lead to a risk of forcible transfer of civilians to other parts of the country against their will.

"We call on the regional Somaliland administration to respect the right to the freedom of movement, to exercise maximum restraint and refrain from indiscriminate illegal action in the use of force while ensuring safety and security in northern Somalia," the ministry said in a statement issued in Mogadishu.

The statement came after hundreds of families, many of whom who have lived there for nearly 20 years were arrested and forcefully displaced from Las Canood, Sool region of Somaliland between Oct.2-3.

The UN humanitarian agency said on Wednesday that more than 2,800 Somalis have so far been forcibly displaced.

The UN Office for the Coordination of Humanitarian Affairs (OCHA) said it has adopted a planning figure of 5,000-10,000 people who will likely arrive in parts of Puntland State in northeast Somalia, in the coming days.

The ministry said several people have been forced to leave their businesses and belongings behind, a clear violation of basic human rights by Somaliland authorities.

The regional authorities have cited security as the reason for their evictions but the Mogadishu said conducting such operations without a clear legal basis, procedure, or timely notification of the people affected is illegal and should not be allowed.

The ministry said the forced eviction images and videos coming out of Las Canood have been appalling to witness with the majority of those affected being women and children.