The authorities remain steadfast in their commitment to the policies and reforms of the program, which are critical for achieving inclusive growth and poverty reduction. 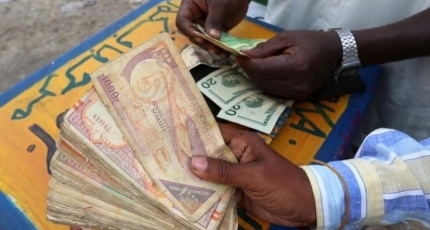 Washington, DC: An International Monetary Fund (IMF) team, led by Laura Jaramillo, held a virtual mission from February 22 – March 7, 2022, to conduct the first stage of the second and third reviews of Somalia’s economic program supported by the IMF’s Extended Credit Facility (ECF) arrangement. At the end of the mission, Ms. Jaramillo issued the following statement:

“Somalia has been subject to multiple shocks, including COVID-19 and climate shocks. As of February 24, only 5.5 percent of the population had been fully vaccinated, mainly due to a lack of vaccine access. Somalia is also facing prolonged drought conditions.

Notwithstanding these shocks, Somalia has preserved macroeconomic stability. Economic recovery has been supported by robust remittances. Given revenue shortfalls in 2021 (mostly because donor budget grants are on hold until elections are completed), the authorities were proactive in restraining expenditure and the overall deficit of 1.2 percent of GDP was financed with the fiscal buffer and the 2021 General SDR Allocation.

Growth is expected at 3.2 percent in 2022, but risks are on the downside. Growth will be supported by remittances, foreign direct investment and increased public spending as grant financing unlock once the elections process is complete. Inflation is expected at 6.5 percent in 2022 due to higher food and energy prices.

The fiscal deficit is expected to narrow to 0.5 percent of GDP, as revenues and budget grants recover. However, near-term risks include the evolution of the pandemic, political uncertainty related to elections, prolonged drought or new climate shocks, a resurgence of desert locust infestation, and the potential implications from geopolitical uncertainties. Shortfalls in budget grants would also create risks for the budget.

The authorities remain steadfast in their commitment to the policies and reforms of the program, which are critical for achieving inclusive growth and poverty reduction.

The authorities continue building on the important progress made on fiscal reform. Measures to strengthen tax capacity include implementation of the Revenue Management Law and tax audits and roll-out of point-of-sales machines that transmit real-time sales data to tax offices.

Continued domestic revenue mobilization efforts are welcome, including progress on customs modernization. Recent measures to strengthen public financial management (PFM) include the implementation of a strict commitment control process and publication of aggregated budget and financial accounts of the Federal Government and the Federal Member States.

Advancing PFM reforms is imperative, including the issuance of the PFM Regulations. The authorities are also working towards harmonizing the legal framework for the extractive industries and refining the tender process.

The CBS continues to advance institutional reform. The new National Payment System enables a safer and more efficient payment infrastructure. The two largest mobile money operators were granted licenses in 2021. CBS should continue to enhance its supervisory capacity and monitor the financial system closely. Continued capacity building across all stakeholders is needed to improve AML/CFT compliance.

The government continues to make headway in the HIPC debt relief process. The authorities reached debt relief agreements with most Paris Club members, and continue to seek agreements with other creditors. Further progress on reforms is needed to achieve the HIPC Completion Point Triggers on a timely basis.

However, political uncertainty and election delays can result in the automatic lapse of the IMF-supported program, which will jeopardize the disbursement of budget support grants and derail the timing for full debt relief at the HIPC Completion Point.

To keep the program on track, IMF staff would—once a President is elected—confirm the authorities’ commitment to the economic program and development partners’ plans to resume budget grants. The review needs to be finalized in the very near term to prevent the program from automatically lapsing.

Development partner support, both financing and capacity development, is essential to the successful implementation of the authorities’ economic and structural reform strategy. It is therefore critically important that disbursements of budget grants resume once the elections are completed.

Support from Somalia’s partners for the Somalia Country Fund will also be needed to ensure continued smooth delivery of IMF technical assistance to support the goals of the ECF-supported program and the HIPC Initiative.