Somalia's southern regions gained independence from Italy on this day 61 years ago and both south and north unified on 1 July 1960. 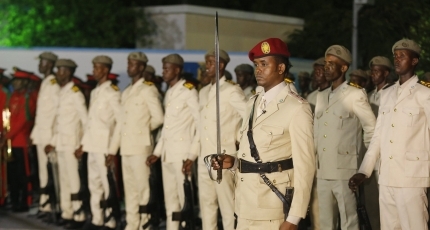 MOGADISHU, Somalia - Somalia marks 61 years of independence with celebrations began at midnight with the hoisting of the national flag in most parts of the country’s regions and in the capital, Mogadishu.

The outgoing President Farmajo attended a ceremony to mark the anniversary at the National Theatre in Mogadishu together with senior government officials and foreign diplomats as well as hundreds of ordinary people.

On July 1st, 1960, the southern regions in the Horn of Africa nation had gained self-rule from the Italian colony and united with the North six days after obtaining independence from British rule.

The union collapsed after the North [Somaliland] declared secession a year after the civil war erupted in the south that resulted from the ouster of former dictator Mohamed Siad Barre.

The UN envoy for Somalia, James Swan, congratulates the people and government of Somalia on the anniversary of their country’s independence.

“As Somalia celebrates Independence Day, the United Nations and international partners recommit their pledge to work with the Somali people and support a peaceful future for the country,” said SRSG Swan.

The independence day commemoration comes amid many challenges facing the country, including the threat of Al-Shabaab, political division, corruption, and lack of good governance.