In the northern regions, a former British protectorate got its independence in 1960 but six days later joined the southern Italian protectorate to form the republic of Somalia. 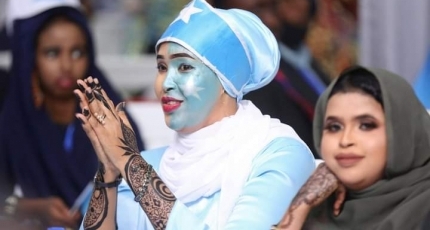 MOGADISHU, Somalia - Somalia marks the 61st anniversary of its independence with celebrations held on Friday night at the state palace in Mogadishu, the country's capital under tight security.

The independence anniversary celebrations began at midnight at 12:00 A.M. local time with the hoisting of the national flag in parts of the country and in the capital, Mogadishu.

After the flag was raised, celebratory gunshots broke out in Mogadishu and other main cities, including Jowhar, some 90Km north of the capital, where at least two soldiers died in the gunfire, according to the security officials.

PM Roble has sent congratulations to the Northern Regions of Somalia on 26th June, the sixty-one Independence Anniversary, and hopes Somalia in general peace and prosperity in the coming years.

The country will continue the celebrations until the 1st July when the southern regions had gained their independence from Italy on 1st July 1960 and the greater Somalia was born.

The unity broke down in 1991, one year after the civil war flared up and the north made self-proclaimed independence from the rest of the country.