Somalia’s Federal Government has said it is trying to “fully restore” diplomatic relations with neighboring Kenya. 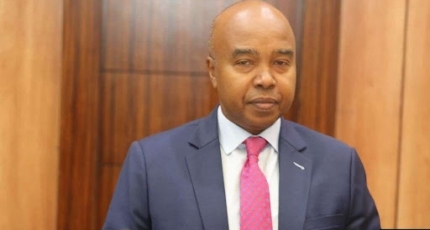 MOGADISHU, Somalia - The Federal Government of Somalia says it wants actions not words to restore full diplomatic ties with Kenya, one of the troop-contributing East African countries to AU force fighting against Al-Shabaab.

Doha has sent  Mutlaq bin Majed Al Qahtani, Special Envoy of the Minister of Foreign Affairs for Counterterrorism and Mediation in Conflict Resolution to Mogadishu and Nairobi to deliver emir's message to Farmajo and Uhuru, who accepted to normalize relations.

When asked about the exact time that the dispute will end, he said, "I can assure you that there are efforts aimed at resolving the diplomatic spat between Somalia and Kenya."

Kenya shut all flights from and to Somalia for three months days after both countries announced the restoration of the ties, a move that Nairobi wants to pressure Mogadishu to lif ban of Miraa, the stimulant leaves widely chewed in the country.

Somalia and Kenya are embroiled in a tough tussle over a maritime boundary, a case that has been at ICJ, the UN's judicial organ which is expected to announce a final decision soon after hearing lats March.

Kenya boycotted to attend the hearing as it is pushing for an out-of-court settlement, and the Somali government is resolute the issue must be judged by the International Court of Justice.