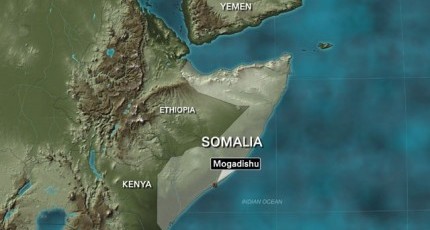 DNO has been prospecting for oil in Somaliland, a break-away territory of Somalia. The company did not respond to telephone and email requests for comment but in July a senior official said DNO would not engage in any activities that threaten peace in Somaliland.

Somalia has been riven by conflict for more than two decades as rival warlords and Islamist militants have fought for control of the Horn of Africa country.

"These small companies are destabilising the country and destroying the international community's effort to build the peace and the security of the country," it added.

The ministry in a statement singled out DNO, saying the company is "planning to introduce armed militiamen in areas already in conflict and thereby stoking old feuds which resulted in internal displacement and harming the innocent and the most vulnerable people".

The ministry did not provide further details or any proof for its accusations.

"We are warning those companies that the Somali government will lodge complaints with their respective countries and the United Nations Security Council," the ministry added.

Around a dozen companies, including many multinational oil and gas majors, had licenses to explore Somalia before 1991, but since then Somaliland and other regional authorities have granted their own licenses for the same blocks.

Somali officials last months met representatives of ExxonMobil, ConocoPhillips, Chevron, and BP for the first time since 1991, the ministry said.

The government said it wanted the oil majors to provide a timeline for their return to Somalia.

East Africa is rapidly emerging as an exciting oil and gas province after discoveries in Uganda, Kenya, Tanzania and Mozambique.

But U.N. monitors in July warned Western commercial oil exploration in disputed areas of Somalia and discrepancies over which authorities can issue licenses to companies could spark further conflict in the African nation.