Somalia urges UN to establish its maritime border with Kenya

MOGADISHU (KON) - Somalia has increased the conflict against Kenya on the delimitation of maritime boundaries, before the International Court of Justice in the United Nations. The ICJ decision could have a significant impact on the future of offshore oil and gas exploration in East Africa.
Warar Keydmedia Online
31 August 2014 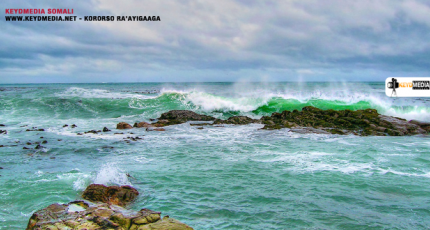 The Somali government has asked the International Court of Justice of the UN to "determine, on the basis of international law, the entire line of the maritime boundary dividing the maritime zones belonging to Somalia and Kenya in the Indian Ocean" , said the UN agency said in a statement, AFP reported.

The conflict between the two countries, which has been the subject of several negotiations in recent years, covers a sea area of ??about 100,000 square kilometers. Somalia wants, says the news agency that the maritime boundary is an extension of its land border with its southern neighbor, while Kenya believes that it should rather be parallel to the latitudinal lines, as the case at the tanzano-Kenyan border.

The verdict of the Court could have a significant impact on exploration prospects offshore, offshore Kenya. Indeed, at least seven offshore oil blocks for which Kenya has already granted exploration licenses are located in the maritime space that vie for the two countries.

Last June, the Australian oil company announced it had found PanContinental offshore oil in Kenya. A find - the first confirmed discovery of black gold off the East African coast - which can only have strengthened the resolve of Kenyan and Somali authorities ... to succeed in this border dispute.

Both countries have recognized and accepted the jurisdiction of the ICJ, said AFP. It is clear, however, that the determination of the maritime boundary should take many years. And especially since the Somali government has only a very limited authority in the country and its maritime waters.