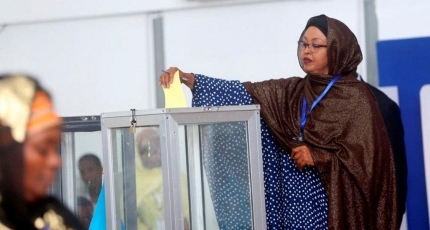 MOGADISHU, Somalia – The parliamentary election in Somalia often faces various challenges, but this year the list of challenges is fairly long and will take time to fix the contentious issues.

Somalia's elections have been marred by protracted disputes, with frequent delays, further diminishing the hope of the people for change in the country and move out of the uncertainty.

The main opposition alliance rejected a new roadmap set for the Lower House election by Somali PM Mohamed Hussein Roble and the leaders of the five Federal States after two-day talks in Mogadishu.

In a statement, the opposition presidential candidates led by former presidents and PM accused the Federal and State leaders of hijacking the process of the election after changing some points in the May 27 electoral deal, including the disbandment of the registered 135 traditional elders.

The dissolved elders were the base for the 2016 election, selecting the electoral clan delegates who voted for the MPs of the 275-seat Lower House chamber and were set to do the same in this year's election. Their removal sparked a fresh standoff and this could push the ballot deadline.

The opposition candidates, Somaliland politicians, and the civil society groups have jointly opposed the new election proposals, saying the outlined roadmap is a clear "election coup" as it hands over the whole process to the leaders of the regional leaders.

Somalia's election contest is between the opposition and Farmajo who is seeking re-election on the Oct. 10 presidential election, facing stiff competition from a number of heavyweights candidates, including his predecessor Hassan Sheikh.

Somali PM and the regional leaders have drawn up a plan to prevent opposition candidates from winning seats in the lower house during the upcoming election, a move that raised the eyebrows within the union of the presidential candidates.