The US-trained Somali special forces [DANAB] foiled a plot to carry out what they describe as a major terrorist attack involving an explosives-laden vehicle. 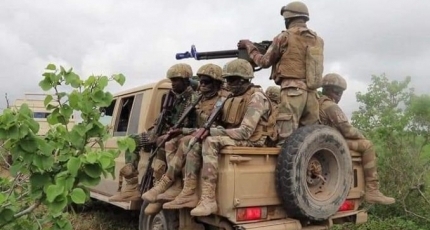 The elite troops have managed to destroy a car filled with explosive devices in which Al-Shabaab planned to conduct a blast in Mogadishu on Friday morning.

Danab officials said that Al-Shabaab militants have cleared the area leaving behind landmines - with the possibility that the base was also serving as a technical facility that the group used to make explosions and other ammunition.

Commanders leading the offensive who talked to the state-run media said that they took a proactive measure against the insurgent’s terror attempt to launch attacks in the capital.

Mogadishu has recently hosted fierce clashes and growing animosity following the failed extension term made by the acting Parliament for the outgoing President Mohamed Abdullahi Farmaajo.

The terror group Al-Shabab have doubled its attack motives during the month of Ramadan.