The opposition accused the central government and the regional states of hijacking the electoral process in Somalia that led to the dispute. 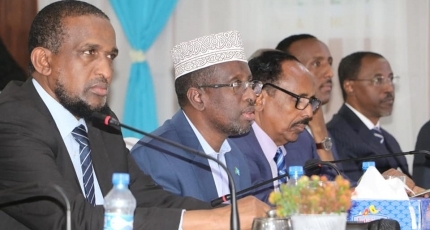 MOGADISHU, Somalia - Somalia is sliding back into a fresh conflict that centered on the alleged electoral fraud that led to a boycott by the main opposition presidential candidates.

On Sunday night, the opposition alliance headed by former presidents announced new plans to convene a national consultative conference in Mogadishu to resolve the election crisis.

The new plans could the formation of a salvation council that will take charge of the national issues from the government if failing to execute its responsibility and hold an inclusive vote.

Mogadishu is at the brink of new violence as opposition leaders make efforts to organize loyal forces to ensure the security of the upcoming meeting, which Villa Somalia is trying to stop.

The price of the weapons surged to the highest level at Mogadishu markets in history due to the high demand, according to multiple sources. There is a shaky situation in the capital city.

The international partners are worried about the uncertainty regarding the shape of the future in the coming months and call for calm and end the differences through dialogue.