Somalia's elections have been postponed three times this year after Farmajo failed to lead the country into a peaceful transfer of power at the end of his term on Feb. 8. 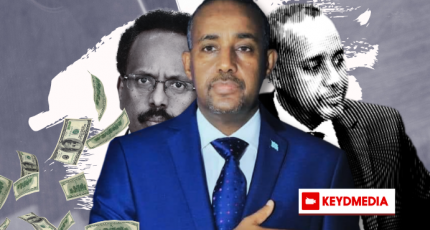 A local trader in Mogadishu - Dahir Barre told Keydmedia English that there has been a sharp decline in imports in the last two years due to the vote delay, leading to skyrocketing inflation.

In addition, the current political situation in the country has an impact on the investment by the local people and the foreign companies, another setback to the revival of the infrastructure.

Dahabshiil remittance's Micro E-Dahab, which supports small business owners and entrepreneurs, told KON that it has not made any business investment since the onset of the crisis.

The crisis has affected airline companies and travel agencies who are facing a decline in flights with reduced movement of the people. The candidates also ran out of campaign funds.

On security, Al-Shabaab has doubled its terrorist attacks in the country, mainly in Mogadishu, taking advantage of the chaotic transition and the weakness of the government forces.

The problems faced by Somalia have been blamed on Farmajo for failing to deliver on his election promise to oust Al-Shabaab within two years and address security and economic issues in the first two years of his term, which ended on the 8th Feb 2121.