The outgoing president is not interested in holding a free and fair election in the country and has been plotting to stay in power beyond his mandate. 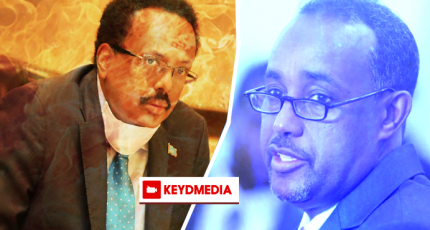 MOGADISHU, Somalia - The troubled election in Somalia is now in danger after a bitter political rift between the outgoing president Mohamed Abdullahi Farmajo and PM came back.

The fresh dispute was fuelled by the removal of members of the election committee, raising fears of a renewal of armed clashes in the capital, Mogadishu which saw conflict in April 2021.

Farmajo has accused Roble of failing to undertake his mandate to lead the country through elections as per the 17 Sep 2020 deal and subsequent procedures issued on 1st October 2020.

In a statement issued on Saturday, the outgoing president called for a consultative meeting to finalize the direction of the elections, which will be attended by the Federal Government, State States, and the Benadir Region. No date has yet been set for the talks.

Farmajo described the conference as a consultative on a leadership capable of implementing comprehensive and transparent elections in the country. This means he plans to fire Roble.

The statement comes almost a week after Prime Minister Roble called for a meeting of the National Consultative Assembly, which is set to take place in Mogadishu on December 27th.

Meanwhile, the Prime Minister of Somalia has issued a statement in response to Farmajo's move, saying he will not accept that any particular candidate to abuse the electoral process.