The taekwondo athlete was born in Britain after her parents fled violence in Somalia. She began learning taekwondo at the age of six. 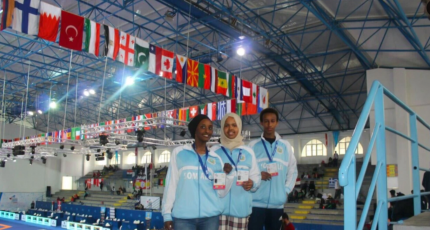 With the Olympics in Tokyo now just a month away, Somalia is set to send its first female taekwondo athlete to the games. No athlete representing Somalia has ever won an award at the Olympics. But 20-year-old Munirah Warsame is working hard to be the first when she competes at the summer games.

The taekwondo athlete was born in Britain after her parents fled violence in Somalia. She began learning taekwondo at the age of six.

Warsame says flying the Somali flag in Japan will give her a sense of pride. "Feelings of representing my country in the Olympics for the first time is unreal as I have dreamed about this my whole life,” she said. “God willing, I will do myself and my country proud.”

The Somali Olympics agency says at least six athletes will represent the country in Tokyo. They will compete in three areas: taekwondo, boxing, and track and field, which involves running, jumping, and throwing.

Dudley Ricardo is the coach of the Somali taekwondo team. He said his team is very well prepared even though it does not have the finances it needs.

“I believe we have a small but strong current team with up-and-coming young team members,” he said. He called the possibilities for the Somali national team “bright and promising.” He said that his team’s only weakness is a lack of money for the players to get “valuable ring time and more competitions and training camps.”

Taekwondo is not a well-known sport in Somalia. Ahmed Issa is the vice president of the Somali Taekwondo Federation. He says the organization has the campaign to spread knowledge about taekwondo throughout the country. The group wants to find more athletes like Warsame who could represent Somalia in international competitions.

The Somali Taekwondo Federation is planning to bring in more young people to learn the sport, especially at schools and universities, Issa said. To create more interest, he said that his organization is trying to give free training and get special coaches on the international level.

More than 11,000 athletes from around the world are expected to compete in the Tokyo Olympics. The games were delayed from last year because of the coronavirus pandemic. 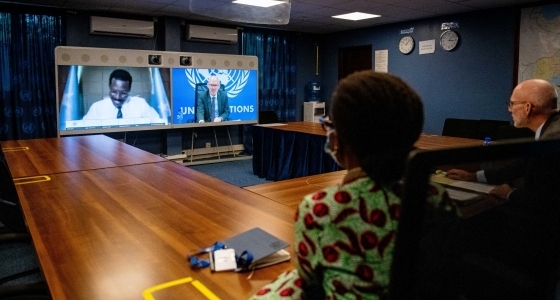