Somalia’s fish sold on black market ahead of election

The report accused the minister of fisheries and marine resources and several other government officials of facilitating illegal fishing. 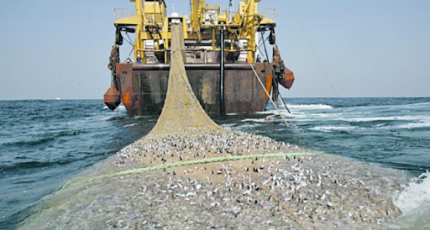 MOGADISHU, Somalia - The outgoing Somali government has committed the worst corruption in the country for many years as a new report accused it of auctioning the untapped marine resources, mainly the fish on a black market.

The report by Global Initiative disclosed that Somalia's Ministry of Fisheries has issued fishing licenses and other documents for fishing vessels from Iran, Yemen, and South East Asia in exchange for millions of US dollars that ended up in the pockets of certain individuals in the government, including the president.

The ships and trawlers have been given green light to routinely engage in illegal, unreported, and unregulated [IUU] fishing practices off Somalia's unprotected coast, which poses a significant threat to the maritime ecology.

Abdillahi Bidhan Warsame, the Minister of Fisheries and Marine Resources of Somalia is being accused of being the kingpin of the illegal trade as he last year signed and stamped catch certificates for the foreign fishing companies stealing the fish.

Mohamud Hayir Ibrahim, the state finance minister of Somalia plays a role in the illegal fishing practices in the country's waters and he works closely and defends NEFCO’s interests at the Federal level. Both Ibrahim and Warsame originally hail from Puntland and share living accommodation in Mogadishu.

NEFCO - North East Fishing Company (NEFCO) is a company headquartered in Puntland but with ties to exporting companies in the UAE and Djibouti, as well as to a Republic of Korea national based in Oman. Isse Haji Farah, a.k.a. ‘Captain Isse,’ founder of the Company.

The report implicated the NEFCO officials and officials in the fisheries ministry, including the minister, who ultimately pursued a private initiative to sell Somali fishing rights through an entity they had jointly established.

In November 2018, the FGS finalized the sale of licenses to 31 Chinese-flagged longliners to fish for tuna and tuna-like species in Somalia’s EEZ, generating a total of US$1.05 million, the biggest sale of the Tuna fish since Farmajo assumed office in 2017.

The report comes as Keydmedia Online has been extensively investigating the matter for three months and will soon release a video documentary shedding light on the extent of corruption in fisheries in Somali waters.

Lafta-Garen was elected in December 2018 following a deadly protest in Baidoa over the arrest of Mukhtar Robow, the former deputy Al-Shabaab leader who was running for the regional presidency. 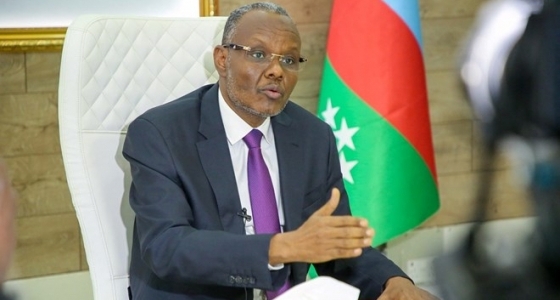 Lafta-Garen was elected in December 2018 following a deadly protest in Baidoa over the arrest of Mukhtar Robow, the former deputy Al-Shabaab leader who was running for the regional presidency.