The prime minister has named a team to probe into the attempted coup last week by the outgoing president Mohamed Abdullahi Farmajo. 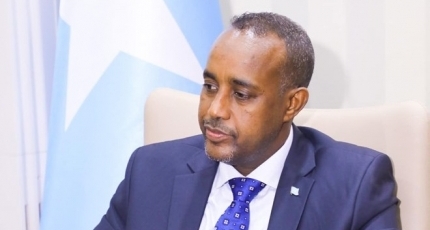 The move is deemed as a sign showing that the standoff over the power struggle between the two Somali government leaders has reached its climax with no immediate solution in sight.

PM Roble is said to have rejected a mediation attempt by the Galmudug president Ahmed Abdi Karie Qoor-Qoor, who recently arrived in Mogadishu shortly after the failed coup bid.

The inquiry commission appointed by PM Roble is headed by the defense minister Abdulkadir Mohamed Nur, who was recently transferred from the ministry of justice in a min reshuffle.

After the fallout resurfaced, the PM received support from the United States and other Western nations, who called on the outgoing president to stop the acts escalating the tension.

Farmajo has faced international and domestic criticism for his latest coup attempt against the PM, which became second in 2021. He has been in office for one year out of his mandate.

After the failure of a 2-year extension last year, Farmajo has been accused of manipulating the parliamentary election and interfering in the process to stay in Villa Somalia for long-time.