Somalia’s Puntland at war with itself

The US-funded Puntland Security Force [PSF] has been at the focal point of the standoff in the northeastern regional state in Somalia. 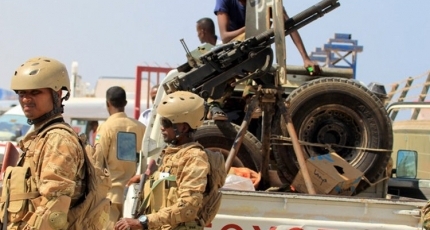 BOSSASO, Somalia - Puntland is on the verge of war after the state president Said Abdullahi Deni had “closed the door” to any negotiations with the sacked PSF commander in Bossaso.

Bossaso's situation has deteriorated after Deni refused a proposal by the traditional elders to give the ousted commander Mohamud Osman Diyano the houses, vehicles, and weapons.

This was a pre-condition for the handover of power to the new director, Mohamed Amin who is in the port city for weeks without an office to operate due to the standoff at the PSF's HQs.

The president stated that the elders' suggestion damaging to Puntland's government, as well as encouraging corruption in public property, and termed it "unacceptable and unlawful".

Deni announced that his office will leave no stone unturned to find a solution to the PSF leadership crisis, signaling he will use military means to enforce his decree to fire its boss.

In a statement on Tuesday, the president said that there will be no institution belonging to an individual in Puntland and vowed to end a family business in the US-backed PSF.

The counter-terrorism agency since its foundation in 2004 was ruled by the family of Osman Diyano - from the father and his two sons, making millions of US dollars from the Pentagon.