The opposition won total control over the region's legislature, and fully defeated the rulling party Kulmiye following May 31 parliamentary election. 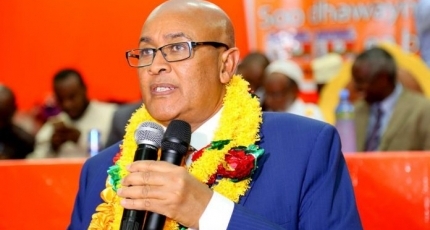 HARGEISA, Somalia - Kulmiye, the ruling party in Somaliland, a breakaway region in northern Somalia lost on May 31 parliamentary and local council elections, according to results released on Sunday.

The electoral commission has declared that the Waddani party won the majority of the parliament after gaining 31 seats against Kulmiye's 30 seats while the third unpopular UCID party received 21 seats.

The three main political parties have competed for the control of 82-seat parliament in an election that saw more than 1 million registered voters who cast their votes in six regions in Somaliland under tight security.

NEC said 246 candidates vied for the seats in parliament and no woman has been elected for the parliamentary post in this year's election in which the candidates from minority and marginalized clans won seats in the house, including Barkhad Jama Batun.

A high number of women were elected from about 1,000 contested for 249 councilor posts, a move that was welcomed by many in the region but the zero representation in parliament is another setback for Somaliland's struggle for international recognization.

Journalists detained for covering a shootout at Somaliland prison

Tension has been running high in the Prison, with military vehicles in armored vehicles seen in and around the facility. There were no immediate reports of casualties as a result of the shooting.

Somaliland market fire losses estimated at up to $2 billion