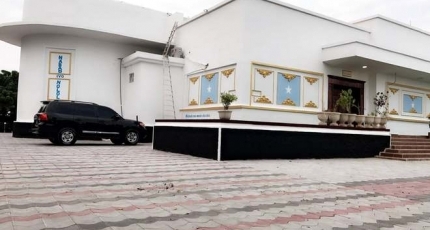 MOGADISHU, Somalia - The are emerging reports that some progress was made on the mediation to resolve the dispute between Farmajo and PM Roble, and a deal could be the way.

According to sources, Farmajo and Roble are expected to reach an agreement on their differences with some information that the duo agreed to leave Ikran Tahlil's case for the military court.

The PM is likely to relinquish his previous position would prioritize the ongoing election in Somalia which he wants to continue smoothly and peacefully without any disruption from Farmajo.

It is expected Roble to carry out a mini cabinet reshuffle, which could result in the transfer of the security minister Abdullahi Mohamed Nur to another ministry, while the NISA's acting director who was appointed by the PM Gen Bashir Goobe will be replaced.

As Keydmedia English early reported, Farmajo insists he has ‘complete power’ to appoint NISA director and he is not ready to lose the embattled Intelligence agency which he largely used for his political gains in the past four years.

The Wednesday night's meeting between the PM and the leaders of the five regional states highlighted the impact that the ongoing political standoff could have on the long-dleayed election.

The murder case of Ikran, which was under military court investigation is set to be left to the judiciary, although it will be difficult to find evidence that could lead to bringing the culprits to book.

The family of the slain NISA officer accused Fahad Yasin and his close associates, including Abdullahi Kulane and Yasin Farey of killing the 25-years-old girl who went missing on June 26.