At least 45 Somali nationals were killed this year alone in South Africa as the country is now facing the worst violence over Zuma's arrest. 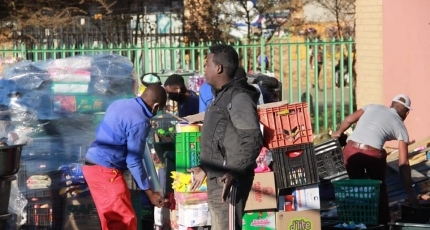 MOGADISHU, Somalia - The government of Somalia has issued a statement on the increasing killing of its citizens in South Africa where deadly violence resulted from Jacob Zuma's arrest is unfolding

The country's ministry of foreign affairs has expressed a deep concern about the riots and looting in which four Somalis were killed and others were injured and their shops looted by armed thugs in separate areas of KwaZulu-Natal province of South Africa in the past three days.

Somalia called on the South African government to exert all its efforts to protect Somali nationals from brutal acts, to ensure the safety of their lives, their shops, and the preservation of their rights.

The death toll from South Africa unrest jumped to 72 people as clashes between the protesters and the security forces are ongoing on the streets in the main cities, including the economic hub, Johannesburg.

South Africa and Somalia share a historical relationship with the people of South Africa during their struggle against apartheid and the extent of the multiple political, economic and strategic support is provided over a period of time.