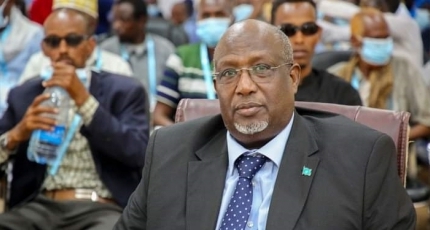 BAIDOA, Somalia – Southwest State has held the election of four seats in Baidoa on Sunday morning as the House vote faces fraud allegations and Farmajo interference in the process.

The new lawmakers are Sheikh Aden Madobe who served as House speaker between 2007 and 2010, Mohamed Ali Hassan, Abdirizak Haji, and Nura Mustaf. They join the Lower House.

The regional state has become the third administration in Somalia to begin the long-delayed election of seats to the 11th Parliament of Somalia which is made up of 275 seats.

Puntland, Jubaland, and HirShabelle are yet to kick off the voting exercise due to internal crises and disputes in the polling stations, mainly in Gedo and Hiran regions.

The electoral dispute body has halted the election of the seat won by NISA director Yasin Farey after a rival candidate lodged a complaint after being excluded from the race in Galmudug capital, Dhusamareb on Nov 25. Farey was accused of Ikran Tahlil's murder.