More than one thousand people hailing from the Southwest state of Somalia have been expelled from Las Anod, a city in northern Somalia where they lived for many years. 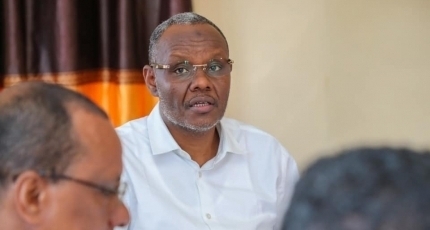 BAIDOA, Somalia - The leader of the Southwest state of Somalia Abdiaziz Lafta-Garen has strongly condemned the forced eviction of his people from Las Anod city by Somaliland.

Lafta-Garen has described the forceful displacement as "inhumane" and an act against the good Somali culture. He called on Somaliland to treat the people with dignity and respect.

In a statement issued on Monday, the Southwest state president has constituted a transitional 5 member committee to investigate the recent mass expulsion of Somalis from Las Anod.

The displaced are among hundreds of women and children who are currently facing a lack of shelter and food in Puntland'adminstered northern Galkayo after their possession left behind.

Board members are as following:

The team will travel to Galkayo shortly to meet the evictees and prepare for their return to Southwest, where they have previously left for north over conflict and recurrent droughts.

More than one thousand people hailing from the Southwest state of Somalia have been expelled this week from Las Anod, a city in northern Somalia where they lived for many years.

Somaliland argues that insecurity and killings in the northern disputed city are due to the presence of non-locals, a claim that Southwest state denied and termed it scapegoat move.

The northern breakaway region began expelling the southerners from Las Anod after failing to ensure security. KON has learned that the southerners had a booming business in the city