Statement by the Press Secretary on the Death of Ahmed Godane

Washington (KON) - Today, the Department of Defense confirmed that Ahmed Godane, the leader of al-Shabaab, is dead as a result of a U.S. military targeted airstrike in Somalia undertaken over the weekend. Godane’s removal is a major symbolic and operational loss to the largest al-Qaida affiliate in Africa and reflects years of painstaking work by our intelligence, military and law enforcement professionals.
Warar Keydmedia Online
5 September 2014 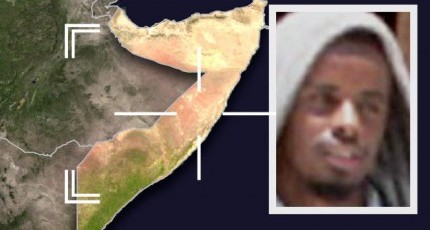 Even as this is an important step forward in the fight against al-Shabaab, the United States will continue to use the tools at our disposal – financial, diplomatic, intelligence and military –to address the threat that al-Shabaab and other terrorist groups pose to the United States and the American people. We will also continue to support our international partners, particularly the African Union Mission in Somalia, that are working to support the Federal Government of Somalia build a secure and stable future for the Somali people.

The U.S. Department of State named al-Shabaab a Foreign Terrorist Organization under Section 219 of the Immigration and Nationality Act (as amended) on February 26, 2008, and a Specially Designated Global Terrorist entity under Executive Order 13224 on February 29, 2008.

In September 2013, Godane publicly claimed al-Shabaab was responsible for the Westgate Mall attack, which killed and injured dozens in Nairobi, Kenya, calling the attack “revenge” for Kenyan and Western involvement in Somalia and highlighting its proximity to the anniversary of the attacks of September 11, 2001.

Under his leadership, the group has claimed responsibility for many bombings—including various types of suicide attacks—in Mogadishu and in central and northern Somalia, typically targeting officials and perceived allies of the Somali Government as well as the former Transitional Federal Government (TFG) of Somalia. Godane has also continued to oversee plots targeting Westerners, including U.S. persons, in East Africa.

In recent months, al-Shabaab claimed responsibility for a suicide bombing in Djibouti that killed a Turkish national and wounded several Western soldiers as well a car bomb at the Mogadishu airport that targeted and killed members of a United Nations convoy.   Al-Shabaab was responsible for the twin suicide bombings in Kampala, Uganda, on July 11, 2010, which killed more than 70 people, including one American.

The group has also been responsible for the assassination of Somali peace activists, international aid workers, numerous civil society figures, and journalists. In February 2012, al-Shabaab and al-Qaida announced their formal alliance through a statement in which Godane swore allegiance to al-Qaida and promised to follow “the road of jihad and martyrdom in the footsteps that our martyr Osama bin Laden has drawn for us.”