Gunfire between rival forces at NISA HQs in Mogadishu

The situation is worsening in Villa Somalia as Farmajo and PM Roble are at loggerheads over the control of the powerful Intelligence agency. 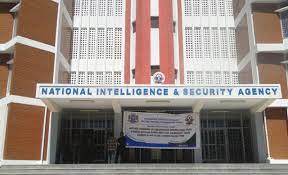 MOGADISHU, Somalia -  Heavy gunfire was reported at NISA HQs in Mogadishu between troops loyal to Farmajo and others supporting PM Roble, sources said.

The battle resulted from high tension at Somali National Intelligence and Security Agency (NISA) headquarters after two rival directors were appointed in the last 28 hours.