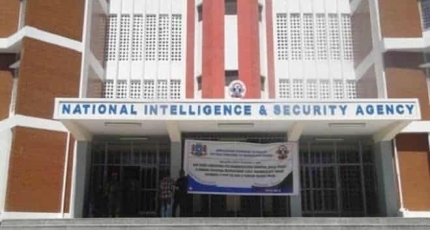 MOGADISHU, Somalia - The atmosphere at the NISA headquarters has changed into tension on Wednesday morning after troops from the PM's office arrived in the area, sources said.

The Farmajo-appointed NISA chief Yasin Farey is inside the compound under the protection of Eritrean-trained forces known as Duufaan [hurricane], who are taking orders from Fahad Yasin.

Bashir Goobe was set to assume power earlier this week but failed after Yasin's forces denied the soldiers guarding the new spy boss access to the Habar-Khadija building, leading a battle.

Tahlil was kidnapped last June 26 from her house at NISA HQs months after returning from London. NISA announced she was killed by Al-Shabaab without providing proof to back the claim.

The case of the disappeared Intelligence official has sparked a fallout between Somali PM Roble and the outgoing president Mohamed Farmajo amid growing calls for justice for the victim.

Farmajo was accused of being the main obstacle to the investigation by the military court as he appoints a parallel commission for the case in what many see as a tactic to delay the justice.