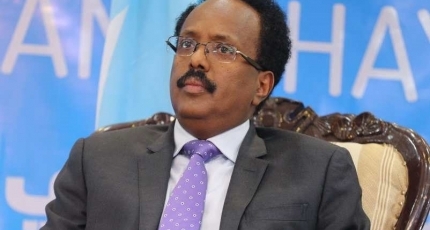 MOGADISHU, Somalia - Dr. Abdirahman Abdullahi Badiyow, a well-known professor, and author of many books who has come to public spotlight during his campaign as a presidential candidate in 2016 has warned of the alleged extension purportedly driven by the acting Speaker of Somali Parliament, Mohamed Mursal labeling as chaos and destruction.

The professor mentioned that the speakers' plans will not take ground and the nationwide refusal including lawmakers against that attempt is evidence enough that it can not be applied in this day and age.

“If an extension has to happen, it is the end of the new Somalia emerging from the disaster and the start of a new era in unrest and chaos and has nothing to do with the fact that we are taking this nation forward,” he said - calling on the acting leaders including the outgoing President, Mohamed Abdullahi Farmaajo to predict the course of action that will arise.

“We don’t have to underestimate the steps we must take in order to this country stay united and strong and extension is undoubtedly contrary to our stability and sovereignty.”

Dr. Baadiyow was appointed to the position of the Senior Adviser of Peace and Reconciliation for the Somali Prime Minister Hassan Ali Kheyre in 2018.

Pressure has been growing on Somali President Mohamed Abdullahi Mohamed since the February elections failed to take place because of the lack of agreement on how the vote should be carried out. Two regional states have said they would not take part without a deal.