The alert comes as NISA head Fahad Yasin is in trouble for the alleged murder of spy agent Ikran Tahlil Farah who has been working as a cybersecurity expert. 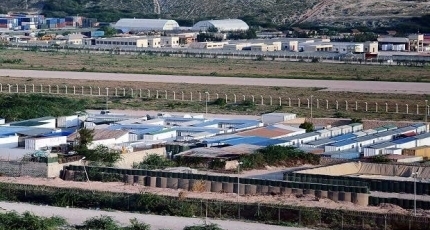 MOGADISHU, Somalia - The western diplomatic missions in Mogadishu are warning their citizens and local people against going to public places and hotels in the capital, saying there is “very credible” intelligence that Al-Shabaab is planning "imminent" terrors attacks.

In an alert issued a day ago, the foreign embassies inside Halane base camp said there is a specific threat to the upscale hotel hosting lawmakers, government officials, and tourist sites.

The people have been urged to stay away from the above-mentioned key areas and using frequently the Makka Al-Mukaram street which links the airport to Somalia's presidential palace. None of the western countries gave any further information on the security threat.

There are emerging reports indicating that VBIEDs have been deployed into the city with an aim to detonate at the target places. This comes as NISA boss Fahad Yasin is under a backlash from Ikran Tahlil's alleged murder case.

Tahlil, a young female spy agent went missing in June 2021 after she returning from London to resume her work with NISA on cybersecurity. She was last seen in CCTV footage while riding on a NISA vehicle outside her house around the intelligence headquarters.

Fahad is currently in Turkey, where he is enjoying his honeymoon with the daughter of a well-known cleric. Somali PM Mohamed Hussein Roble gave him a 48 hours deadline to bring a detailed report on the missing girl's case.

UN staff in Mogadishu were advised to exercise more vigilance as the attack is imminent and could strike the city's municipality HQ within the next five days, according to the intelligence information. Fahad could be using this security threat as a tactic to cover up Ikran's case.