Will PM Rooble assume power just like Nor Adde?

The speech that has taken 10-minutes to conclude was arguably one of the most awaited citizens to have set their eyes on in recent history. 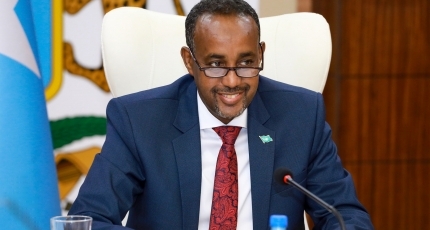 MOGADISHU, Somalia - In a much-awaited speech delivered, the outgoing President has eventually accepted to hand over the security responsibility and the process of the upcoming elections to the caretaker Somali PM, Mohamed Hussein Rooble on Saturday.

The outgoing President has dropped his two-year term extension, ending dreams that his administration will lead the war-torn country to universal suffrage but now all his efforts ended in vain after parliament voted to rescind the Sep 17 poll deal.

The President who address the Lower House on Saturday has described unfortunate the recent clashes that erupted in the capital, accusing the opposition of inciting the public and sowing division in the Somali National Army [SNA].

The 10-minute farewell speech concluded in his relinquishing of power to the PM, a move that the opposition candidates have been calling for in recent months after the presidential mandate ended on February 8.

Mohamed Abdullahi Farmajo rose to national fame in 2010 when the 7th president of Somalia Sharif Sheikh Ahmed had appointed him as PM serving the nation for six months before being forced to leave office.

Seen as a charismatic and unifying figure, he got another opportunity seven years after as he was elected as President of Somalia in 2017 in an election dominated by Qatar's funds.

With the pressure of the international community now released, there is a long way to go before Somalia has finally its day in the election with Farmajo always seen as a potential threat to the current political impasse.