UK is sending specialist troops to Somalia to train DANAB

The United Kingdom is sending 250 new troops to Somalia to help the country fight Al Shabab terrorists and train Somalia's special forces, according to British media. 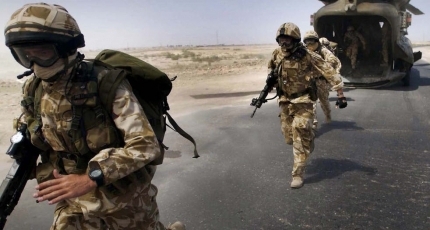 LONDON - The relocation, which will take place "over the next 12 months," will be the new Army Ranger regiment's first official engagement, reports the UK's newspaper Express.

It comes just months after the former commander of Special Air Service (SAS), a special forces unit of the British Army, General Sir Mark Carleton-Smith, who now leads the British Army, announced the formation of the Special Operation Brigade.

“Within the next 12 months I want to stand up the first Ranger battalion in order to act as the vanguard for Army’s Special Operations Brigades, “ he told the Express.

“I want to see it deployed potentially in East Africa in support of our regional East African partners".

Though General Sir Mark Carleton-Smith did not specify where the troops would be transferred or for how long, sources indicated that they would be stationed in Somalia, where they would train the country's special forces in counter-insurgency methods to enable them to combat Al-Shabab.

? VIDEO: The UK is to send 250 specialist troops to #Somalia as a replacement for US Special Forces who have been training SNA, British media reports. The move, to take place "within the next 12 months:", will be announced during next month's G7 summit in Cornwall. pic.twitter.com/MIibR3cFVW

According to information obtained by British media, the new troops will take the position of US Special Forces who have been training Somalia's special forces DANAB.

An announcement confirming Somalia as the location of the Army Rangers' first operation is expected to be made during next month's G7 summit in England's Cornwall county.