Turkey’s plans for a spaceport in Somalia and lunar expeditions

Turkey is in talks with three countries as it seeks help in developing a space port in Somalia and a rocket to carry out lunar landings, according to the head of its space agency. 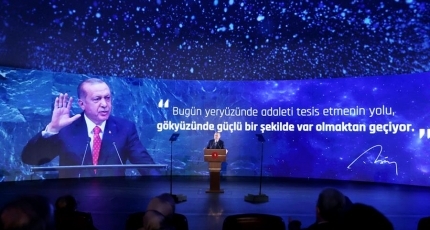 ANKARA - Speaking with Sputnik on the sidelines of the Global Space Exploration Conference in St Petersburg, Serdar Huseyin Yildirim, the chairman of the Turkish Space Agency hinted Russia's involved with the project which cost upwards of $1bn.

Yildirim discussed prospective collaboration with Russia's space programme, implying that Russia and other countries could participate in the developing a space port in Somalia.

“We could work with Russia in many areas, on the spaceport, on rocket engines. We discussed the possibility of Russia providing assistance in the construction of our space port. They have a great deal of experience in this area, both in launch pads and spaceports themselves,” Yildirim says.

In February, it was reported that Ankara was considering building a spaceport in Somalia as part of a $1 billion proposal to launch a space exploration programme.

Turkey intends to construct a rocket launch station in Somalia, which has been a vital security partner for Turkey since 2011 and is also home to the world's largest training base for Turkey.

Because of its proximity to the equator, Somalia is a perfect location for rocket launches and in the 1960s France contemplated establishing a spaceport in the country.

Turkey has presented its 10-year space strategy earlier this year, which includes plans to send expeditions to the Moon. Within two years, the plan calls for "initial contact with the Moon", according to President Recep Tayyip Erdogan.

Erdogan met with SpaceX and Tesla CEO Elon Musk to discuss plans for space technologies with Turkish enterprises. There have also been discussions with Roscosmos, Russia's space agency.

This mission would allow Turkish scientists to gain experience for a soft landing in 2028 followed by the carrying out of scientific experiments and the deployment of an exploration vehicle.