Turkey has been a key partner in the rebuilding of the Somali national army [SNA] and development sector. 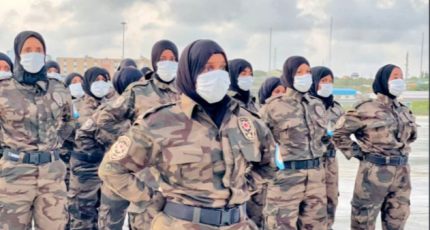 Senior police officials have received the officers at Aden Abdulle International Airport upon arrival from Turkey by a special plane belonging to the Turkish military, per state media.

"I have confidence in the quality of the training they received, and their commitment that will play a vital role in ensuring the security," said police chief Gen Abdi Hassan Hijar.

The last July, police sent 49 female officers to Turkey for training as part of upgrading the quality of the law enforcement in the country is recovering from decades of conflict.

Turkey supports the Somali government opened its largest overseas military in Mogadishu in late 2017, which trains soldiers serving in the SNA, mainly the elite Gorgor brigade.