TV journalist arrested in Galmudug amid surge in media crackdown

This is the second time to arrest Tohow in Galmudug since last month as part of Galmudug's crackdown on the press and the journalists working in the central regions of Somalia. 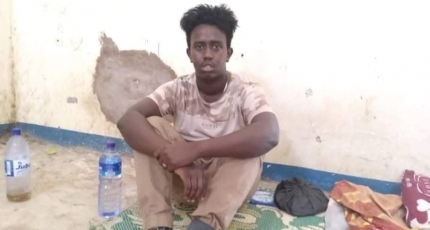 GURIEL, Somalia - Galmudug security forces have arrested a local TV and radio journalist Mohamed Abdiwali Tohow who was covering the fighting in Guriel in recent days.

Police in the town took the journalist into custody at midnight last night after he arrived at the station at the request of the commander-in-chief who said wants to give an interview.

It is not known yet why the journalist was arrested, but reports say Galmudug was unhappy with the way he reported on the fighting in Guriel and the bombardment of hospitals.

This is the 2nd time to arrest Tohow since last month as part of Galmudug's crackdown on the press and the journalists working to cover conflict in the central regions of Somalia.

The journalist's arrest came hours after Guriel came under the full control of Galmudug on Wednesday following 4 days of fighting between SNA forces and the Ahlu Sunna group.