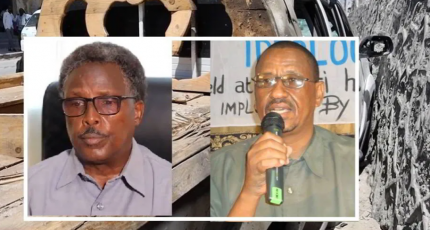 MOGADISHU, Somalia - At least four Somali government soldiers have been killed and several others wounded when a roadside bomb blast in Mogadishu on Saturday.

Capt. Mohamed Hussein, a Somali police officer in the capital told KON over the phone that an “improvised explosive blast hit a vehicle carrying two former lawmakers at the busy Behani junction in Shibis district.

The ex-MP identified as Muhyadin Hassan Afrah and Hussein Arale escaped the attack with critical wounds and were transported to the Turkish-run Digfer hospital for treatment, Hussein added.

The extremists increased attacks using homemade IED devices constructed from chemical components such as ammonium nitrate, which they imported through Mogadishu port, according to intelligence sources.

Mogadishu security has been worsening in the past four years due to the lack of strong and effective leadership of Farmajo who failed to fulfill his promises to prioritize security, rebuild the national army, and crush the Islamist Al-Shabaab insurgency in two years, starting from his election in February 2017.