U.S., UK show support for Roble after a clash with Farmajo

The top leaders are competing for the control of the long-delayed election which was marred by fraud and vote-rigging. 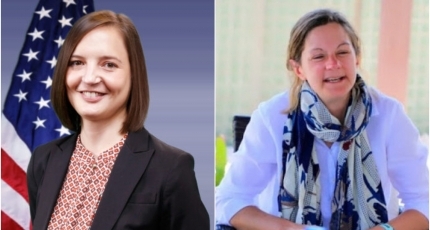 MOGADISHU, Somalia - The U.S. and UK embassies in Mogadishu have issued a statement in support of the Somali PM's efforts to convene a consultative meeting on the election crisis.

The United States said the talks this week are vital for the expedition of the country's electoral process and fix the fraud and vote-rigging raised by the opposition presidential candidates.

We continue to support the call for an in-person National Consultative Council meeting in Mogadishu. Discussions this week in this established forum are critical to expediting Somalia’s electoral process and correcting observed shortcomings.

We continue to support calls for an in-person National Consultative Council meeting in Mogadishu. This important forum is where grievances and issues should be addressed.

This shows that the international partners are committed to supporting the PM in his efforts to finalize the long-running electoral process to avoid a power vacuum in the Horn of Africa nation.

Their support comes amid a fresh political rift between Roble and the outgoing president Mohamed Abdullahi Farmajo after the latter accused the PM of failing to undertake his duties.

Early in the day, Roble held a virtual meeting with the foreign diplomats based in Mogadishu and briefed them about the current situation and election status ahead of the meeting on Dec 27.

Somalia is currently facing a multi-faced crisis, including security and drought coupled with the election stalemate. Farmajo was accused of being the main obstacle to moving forward.